The World Construction Championship has finished

23rd of April, 2021 has become the date of the official closing ceremony, which was conducted in «Roza Hall» concert hall in Sochi.

«The Championship is finished, but it will not disappear from the scene. We will think about making it better, larger, more interesting and catching for new countries and best experts. Now I want to thank you for giving a little bit of your heart to this event.» Said deputy Minister of Construction, Housing and Utilities of the Russian Federation, Mr. Dmitry Volkov in his speech to the participants.

«The Championship has become a tremendous presentation of the construction industry, the holiday of professional competences and achievements! There were signed dozens of agreements and conducted hundreds of meetings! This is how there are created good changes and perspectives.» Said director of capital investments, state construction supervision and expertize of Rosatom State Atomic Energy Corporation, Mr. Gennady Sakharov. «Apart from global goals and contracts, a human will remain our main value. It’s refreshingly to prove that the construction industry has a lot to be proud of! The industry employs high-grade professionals, and there will be more of them after the Championship is over. I am sure that we have moved beyond the goal of popularization of the profession of a constructor!»

The competition part of the Championship has become the most intriguing and showy. Competitions were conducted at the territory of Science and Arts Park «Sirius» and referred to 19 engineering and working nominations, which were combined in three categories: «Industrial Construction», «Construction Project Management», and «Industrial Objects’ Engineering». Competitions were based on the industrial contest named «The Best Expert in Nuclear Capital Construction Industry». Rosatom has been conducting this contest since 2013 for the purpose of increasing of the workforce capacity.

Around 500 best specialists dealing with the construction industry of Russia, Egypt, Turkey, Qazaqstan, and Belarus were fighting for the opportunity to implement some Rosatom’s projects. 17 companies implementing their large-scale infrastructural projects across the world have provided their teams to take part in competitions. Construction students’ teams from Russia and Belarus have tried their hands in a friendly game.

Large-scale international potential was reflected in the results of the contest.

Winners of the most mainstream multi-team nomination «Best Construction Site» are provided below:

Complete list of winners in all nominations is provided in «Winners» section.

Those participants, who have shown best results in individual competitions, are awarded with money prizes equal to 50-300 thousand rubles. Total prize fund of the Championship is 30 million rubles.

As said by event organizers, there are no losers among Championship members: all participants have won in their effort to become the best and improve their qualifications. Construction itself has become the main winner.

The unique Championship established by Rosatom State Atomic Energy Corporation and Ministry of Construction, Housing and Utilities of the Russian Federation has taken place from 20th till 23rd of April, 2021. Its purpose is to improve labor capacity within industrial construction. Apart from the competition program, the Championship included business and exhibition programs.

Championship business program focused around the panel discussion dedicated to the subject of innovation approaches to development of the construction sector and 4th Conference of nuclear construction industry representatives «Construction in the period of change» (this is a traditional event dedicated to finalizing the results and taking strategic decisions).

Around 150 guests and 20 speakers have taken part in those discussions (200 more participants joined the discussions in online manner).

There were about 40 meetings in total conducted within the business program. The meetings were held by participating companies and organizers of the Championship. They were conducted in very different forms: strategic sessions, roundtable discussions, proceedings, educational modules, and conferences. Representatives of 9 foreign countries employed by 170 companies dealing with large-scale infrastructural projects across the world, construction contractors involved in nuclear industry, authorities, development institutions, and expert community.

«The issue of human resources is the most challenging and important.» Said deputy Minister of Construction, Housing and Utilities of the Russian Federation, Mr. Dmitry Volkov during the ceremony of opening of the panel discussion. He declared the importance of improvement of construction professions’ prestige owing to growth of construction sector’s producibility.

According to his words, modern industrial construction requires those professionals, who possess unique competences since technologies go forward in the right hands. This is the reason why Rosatom is interested in both digital and professional transformation of the construction sector.

Our constructors will be busy with erection of the objects, which will support technologic and scientific development of the country. While addressing to the federal assembly the day before, the President noted new solutions in the sphere of nuclear power generation, hydrogen energetics, and energy storage units. These are the projects, which have been already in the process of realization: erection of innovative reactor (VVER-TOI) at the Kursk construction site, small NPP located in the Yakutia Republic, and multi-functional fast RR located in Dimitrovgrad. We can realize these projects on strict condition of the use of the most modern and advanced technologies to be applied in construction.

The Championship has given the boost for new process chains and collaborations: partnership agreements were signed by Rosatom State Atomic Energy Corporation; Sibur Holding, PJSC; Moscow State University of Civil Engineering; Credit Bank of Moscow; ACCNI; NACEC; FIDIC; and others.

Regardless of the epidemiologic restrictions spread throughout the world, the Championship has gathered around 2,000 guests arriving from different countries and engaged the best representatives of the global construction community. The event was greatly supported by over 120 members of the volunteers’ center. It was arranged by youth social agency «Russian students’ teams», which also acted as the media partner of the Championship.

The Championship has played its creative part in improvement of good-neighborly relations and international cooperation with reference to the construction sector. Guests and participants have agreed the regular format of its conduction.

However, until the next great day of the World Construction Championship it is necessary to carry out tremendous jobs on development of its ideas, which will favor effective transformation of the construction sector: creation of combined regulatory space, electronic document management, integration of a convenient contracting system, familiarization with data modeling tools, standardization of new construction technologies, and improvement of human resources involved in the industry.

There is a new good tradition: see you at the second World Construction Championship!

Establishment of the first World Construction Championship was accepted in 2019 during the 3rd Conference of nuclear construction industry representatives. The Championship is purposed to become the venue to develop international cooperation and continuous intergovernmental system dialog, which is going to improve effective and innovation development of industrial construction.

The Championship is integrated into the plan of realization of the CIS member cities cross-border cooperation concept till 2030, including its partners from the Eurasian Economic Union and CIS Executive Committee.

Regular execution of the Championship will become a sufficient reason to develop industry competences and improve professional skills of Russian constructors, as well as reinforce the competitive performance of the country in the context of global expansion of services and technologies. By 2030 it is planned to engage over 1,000 organizations from 50 countries in total to become Championship’s partners and participants. 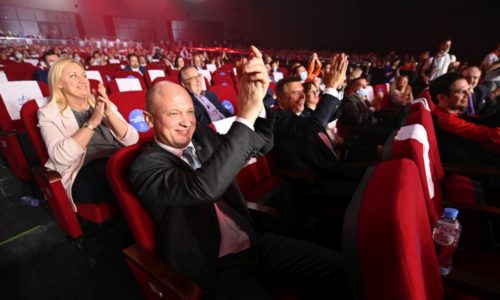 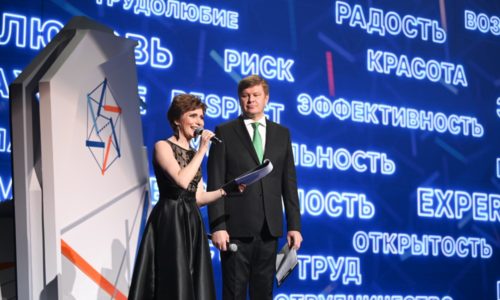 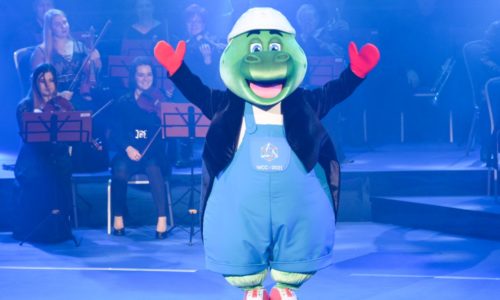 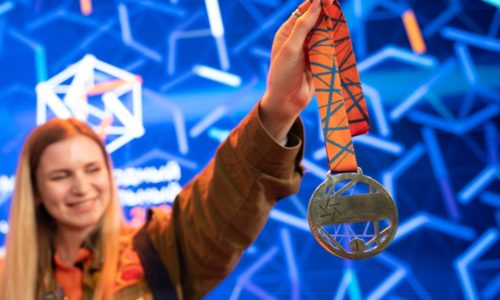 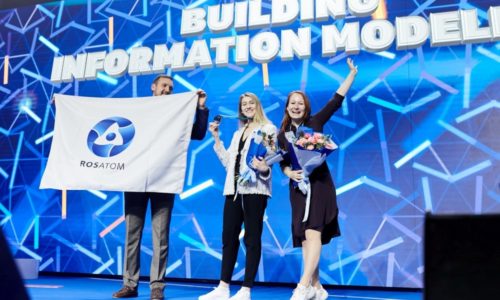 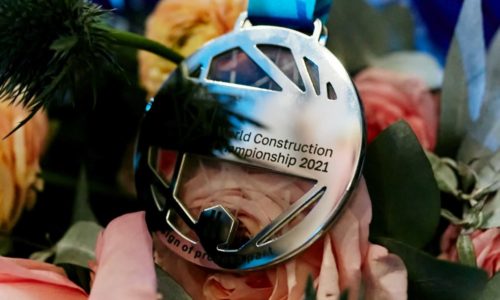 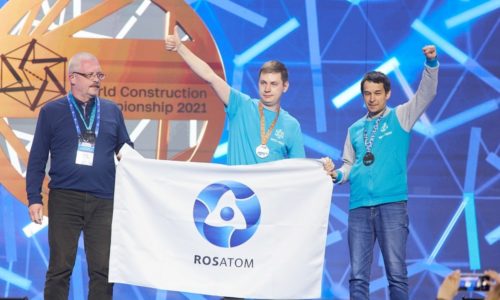 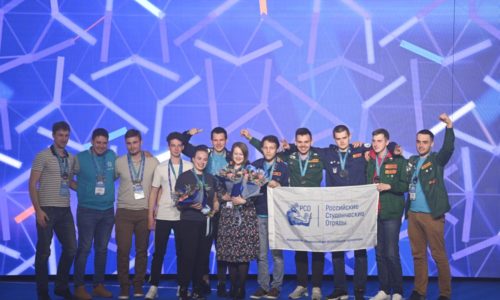 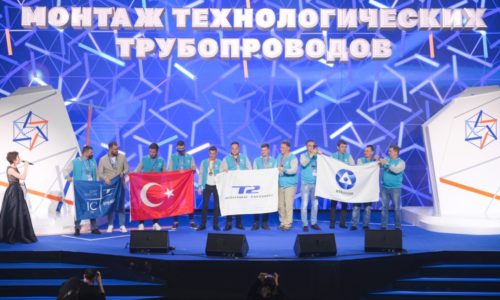