6th of October, 2022 has become the date of the event dedicated to establishment of the single construction market within the Eurasian territory (the Eurasian Construction Congress). The event took place as a part of the business program of the World Construction Championship II and was conducted in “Kazan Expo” international exhibition center.

The Congress was organized at the instance of NACEC (National Association of Consultant Engineers in Construction) and KazNIICA (Kazakhsky Research, Development, and Design Institute of Construction and Architecture, JSC). It included the plenary session named “The Single Construction Market of the Eurasian Territory: Modern Challenges” and three business sessions related to contractual, technical, and digital regulating of the newly formed market. Apart from that, there were three key agreements signed at the Congress:

The plenary session of the Congress was opened by Championship organizers: the President of NACEC and director of capital investments, state construction supervision and state expertize in Rosatom State Atomic Energy Corporation (Mr. Gennady Sakharov) and First Deputy Minister of Construction, Housing and Utilities of the Russian Federation (Mr. Alexander Lomakin).

Mr. Bakyzhan Sagintaev, the Minister of Economy and Financial Policy of the Eurasian Economic Committee, has become the special guest and welcomed the members of the Congress.

The Congress delegates were welcomed by also the Chairman of the Urban Committee of the Government of the Republic of Armenia, Mr. Armen Guralyan.

“Development of industrial cooperation in such a complex and capital intensive sphere as construction will determinate the success of investment and construction projects. Now we are settling the foundation for team-work within the single market with our colleagues from friendly countries of the Greater Eurasia. It is of particular interest to note that logistics within this market will be arranged in national security zones that makes it critical factor in the context of current circumstances.”

“I would like to highlight that Russia’s construction industry is objectively closely linked with the EAEU economies as being the shared inheritance of the economic complex left by former USSR. At the present time, Russia is going through import substitution processes and total changing of logistic chains. Establishment of the regional construction technologic zone in the territory of EAEU countries requires close cooperation of national industry regulation bodies and the Eurasian Economic Commission. Resolution of the Supreme Eurasian Economic Council on establishment of the single construction service market has become a great stride forward.

The Ministry of Construction, Housing and Utilities of the Russian Federation welcomes conduction of the Eurasian Construction Congress as being the first representative forum within EAEU zone allowing discussion of current questions in construction integration.”

The Congress involved the following report readers: director of urban activities’ and architecture department in the Ministry of Construction, Housing and Utilities of the Russian Federation (Mr. Vladimir Kalinkin); director of Federal Center of Standardization (Mr. Andrey Kopytin); deputy Co-chairman of the Committee of the Russian Union of Industrialists and Entrepreneurs on the industrial policy and technical regulating (Mr. Andrey Lotsmanov); general director of NACEC (Ms. Olga Kubanskaya); and Chairman of the Union of Constructors of the Republic of Belarus (Mr. Anatoly Nitchkasov). 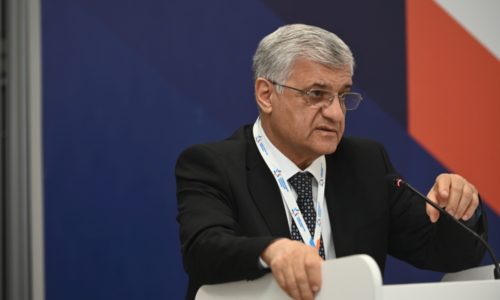 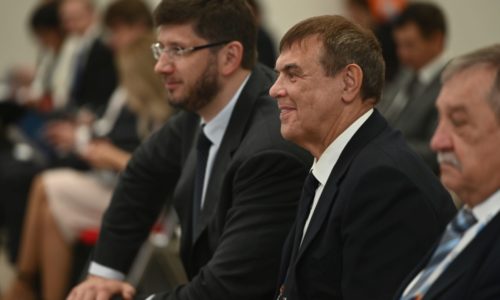 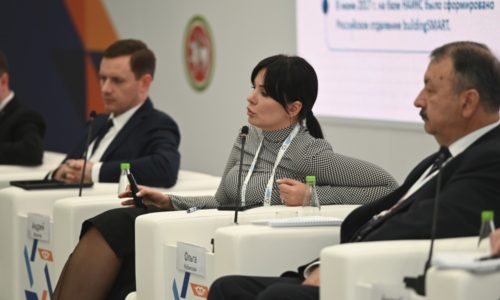